When I first learned about the yachting industry I assumed that I would become a stewardess, I didn’t realize that to be a deckhand or deck/stew was even an option. However, I followed other crew’s advice and applied for both stewardess and deckhand positions. Fortunately my first full-time gig was as a deck/stew with an emphasis on deck which was perfect. I was able to learn the basics of both -but really only helped inside when the guests were on board which wasn’t often. While some of the work can be intimidating and require a lot of strength- a majority of it can be done just as easily as a small female / or big male- it’s all about working hard, physical stamina, and attention to detail rather than just mere brute strength.

As for me- I’ve never been the “domesticated” type, so tasks such as making beds, ironing clothes, and knowing which chemicals to use on which surfaces were very alien to me. My laid back ghetto southern twang sounded very out of place when I attempted to communicate with the high profile guests on board. On the other hand, working on deck suits me much better! Running around outside in the sun, barefoot, sweating, climbing all over things- that is my natural habitat. Being surrounded by bluetiful water, beautiful views, and stud muffin yachtie hotties is just icing on the cake.

I will admit however- things can get intense and stressful on deck. You’re dealing with big heavy mechanical things that have the potential to do some serious damage to you, others, and the boat if you don’t handle them properly. I lived in a state of anxiety and fear- always afraid that I was going to screw up and damage something extremely valuable. I sustained countless injuries and bruises on a regular basis, and I definitely picked up some forehead wrinkles from all of that time in the sun.

Either way, that’s all part of the fun. It was very challenging, and forced me to leave my comfort zone and break personal boundaries. Now when it comes to manual labor, I’m not phased by much, I know I can handle it.

So to sum it up- If I had to choose I would 100% work outside on deck. However, there are a lot of interior tasks I enjoy doing as well, and it’s always nice to have a break from the elements and switch it up. I’m glad I got the best of both worlds! 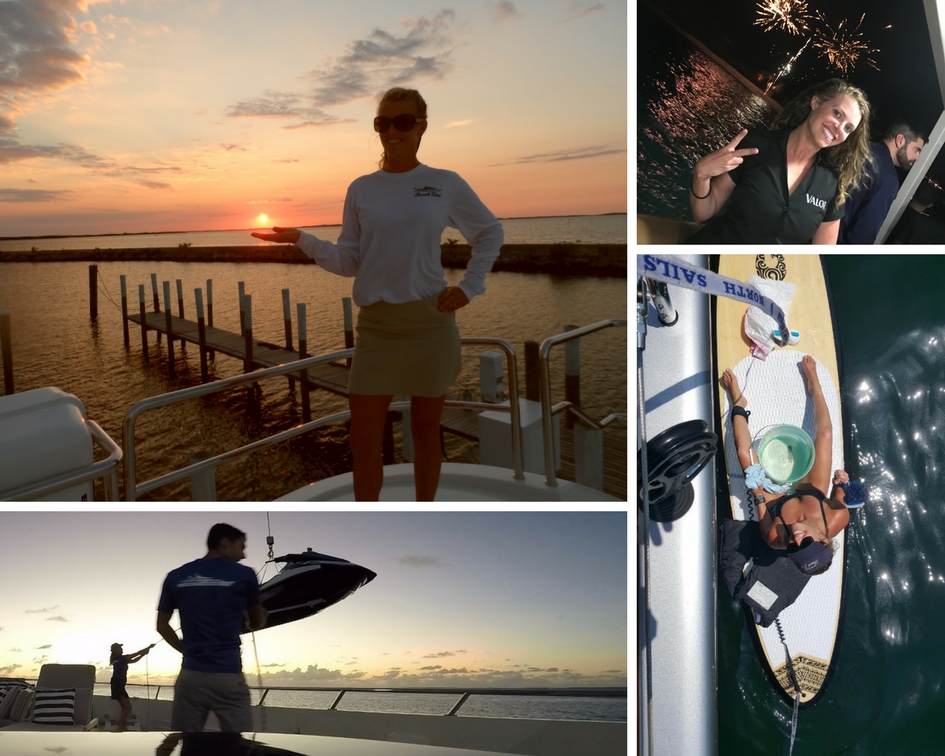